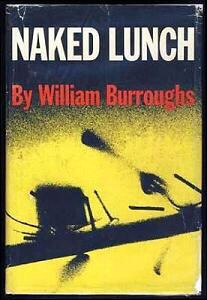 He had written Burroughs several letters in the early nineties, receiving a few responses. Gary had been flirting with the notion of being a writer since he was young, reading constantly and banging away on his mother’s 1954 Royal typewriter.

Obsessed at a young age with books, Gary was enthralled by the magic of Salinger and Hemingway but it was when his youthful eyes engulfed Kerouac, it was the beats became his passion. One day a neighbor was having a yard sake and there was a beat up copy of Naked Lunch, which he gobbled up like a starving dog. Burroughs became his favorite, over all else, and unlike his other idols, he was still alive.

Gary would write his letters with a reckless energy that was raw and full of adolescent hope. It must of touched a nerve as he received responses from his idol, even an invitation. So in the summer of 1993 Gary traveled on his own On The Road journey, and stopped in Lawrence, Kansas.

Burroughs, an old man, was a gracious host and very eccentric of course. They smoked weed, talked writing and politics then even sat in silence. As it got late, Gary felt he should go but William wasn’t pushing him away, in fact it seemed perhaps he was hoping the young man would stay. Though perhaps it was all in Gary’s head?

After his journey, Gary told me all about his meeting with his idol. A Burroughs fan myself, I was full of jealous excitement. He told me “Ya know I think he wanted to fuck me or something?” I said “You should have! It’s William Burroughs, man! Just fuck the old man and there’s your story!l” we laughed but inside we both knew I was right.